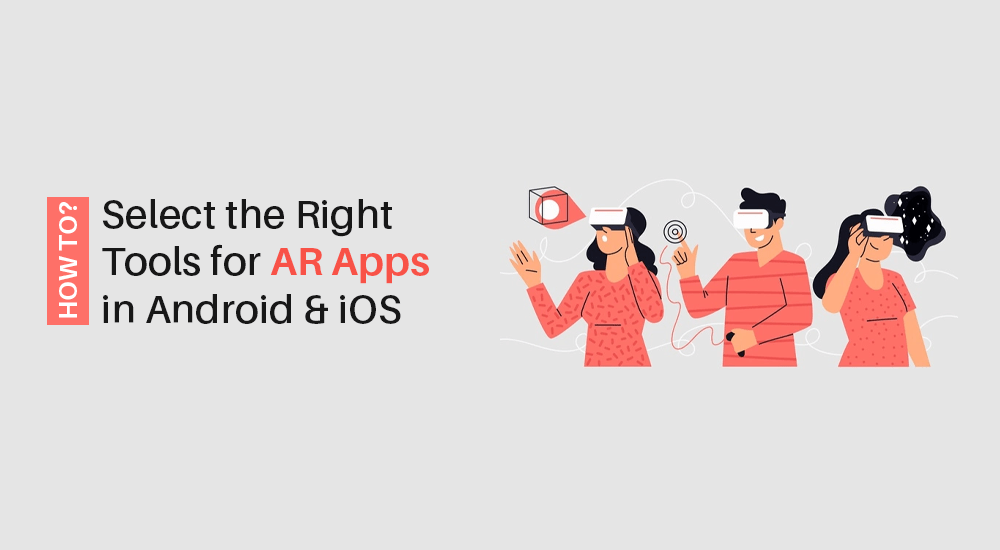 Of late, the tech world has been witnessing a huge upsurge in Augmented Reality (AR) apps for Android and iOS. Global tech giants like Apple, Google, and Meta (formerly known as Facebook) are heavily investing in developing AR applications.

Let’s take a look at how you can start capitalizing on this trend of integrating AR in mobile app development, by selecting the right tools for your project.

Things to Consider While Choosing the Right AR Tools

Before you start with your development process, it is imperative to select the right AR tools aligned with your specific project requirements, from amongst plenty of options. There are multiple other criteria to consider as well; while choosing the best AR tool for developing AR apps in Android and iOS.

Let’s take a look at these factors.

While selecting an AR tool, exploring the license options for a specific tool should be your first approach. Among the two options of free and commercial license, the free one comes with limited tool functionality. Although, there are open-source AR tools that can be easily operated by developers, even adding more functions to it.

Today, Android and iOS are the two most highly adopted mobile operating systems. Before you select your AR tool, it is indispensable to check its compatibility with any of these mobile platforms or both platforms, for better functionality.

Unity is an advanced game engine with which you can easily create graphics in your AR mobile apps. If you want to make the most of your AR app, you must ensure your AR tool’s compatibility with Unity.

Your AR app’s data storage—either local or cloud— will depend on its marker count. For a large number of markers, it would be beneficial for you to go with the cloud option, instead of utilizing too much local device storage. Furthermore, different AR SDKs have varied capacities for supporting cloud recognition of markers, ranging from mere hundreds to several thousand. Hence, your app’s marker count and your preferred tool’s support for its cloud recognition is crucial consideration.

Widely utilized in AR-based mobile games as well as e-commerce AR apps, 3D tracking helps to identify various 3D objects and track them in real-time. To keep up with the latest advancements in the industry, checking for 3D tracking is highly recommended while selecting an AR app development tool.

Using SLAM or Simultaneous Localization and Mapping, AR apps can map environments, while tracking movements. AR Tools with SLAM support are mandatory for AR apps that need to automatically recalibrate the position of a virtual object based on the user’s motion within an environment.

One of the best platforms for developing AR applications, Vuforia is compatible with both Android and iOS platforms. With a repertoire of various key features, this AR tool is commonly used for 3D modeling or object recognition. Vuforia supports both marker-based and marker-less AR app development.

ARKit is the ultimate option if you go for open-source coding, like Python, while developing your AR app. This tool was actually invented in 2017, by a team at Apple, to build an AR app strictly on the iOS platform. With several associated features and advantages, ARKit helps create AR apps that can interact with surrounding environments, using the device’s sensors and cameras.

Invented by Google, ARCore is highly used for developing AR applications on multiple platforms (Android and iOS), using a single code base. Furthermore, ARCore works with Java/OpenGL, Unreal, and Unity. Besides Motion Tracking, the top features of this tool include Environmental Understanding, for detecting horizontal surfaces, and Light Estimation, for matching the surrounding lighting quality with that of virtual objects.

Launched in 2008 by an Australian software development company, Wikitude is an extensive development tool or rather the first tool to have developed location-based AR applications. Due to using both markers and location-based features, Wikitude comes with cloud integration, along with an in-house studio for deployment. Furthermore, apart from localizing different objects, this tool supports seamless navigation, smart glass, tracking, and image recognition. All these features help in not only recognizing 2D images but also in manipulating the content in various forms, such as text, sound, video, 3D animation, etc.

AR apps have been creating waves of excitement both in the tech community and the general populace. Developers are exploring more and more opportunities for leveraging AR apps, while customers are looking for newer ways to interact with the world using their devices. Recently, with Meta’s announcement of its work on the Metaverse, a futuristic platform for real-world interactions using AR, VR and smart glasses, the future of AR apps looks brighter than ever.

In this article, we have highlighted the key considerations and tools that need to be looked into while starting out on your AR app journey. However, to ensure the success of your AR app, deeper experience of AR and mobile app development technologies, along with expertise in a rapidly changing industry, are crucial assets.

We, at Josh Software, have helped our wide array of global clientele in developing stellar apps, using niche technologies like AR, VR, and much more. If you are looking for assistance in properly utilizing AR technology in your next app, think no further than Josh Software. Get in touch today, for a free consultation.

Get in touch to know more. 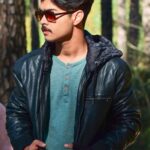