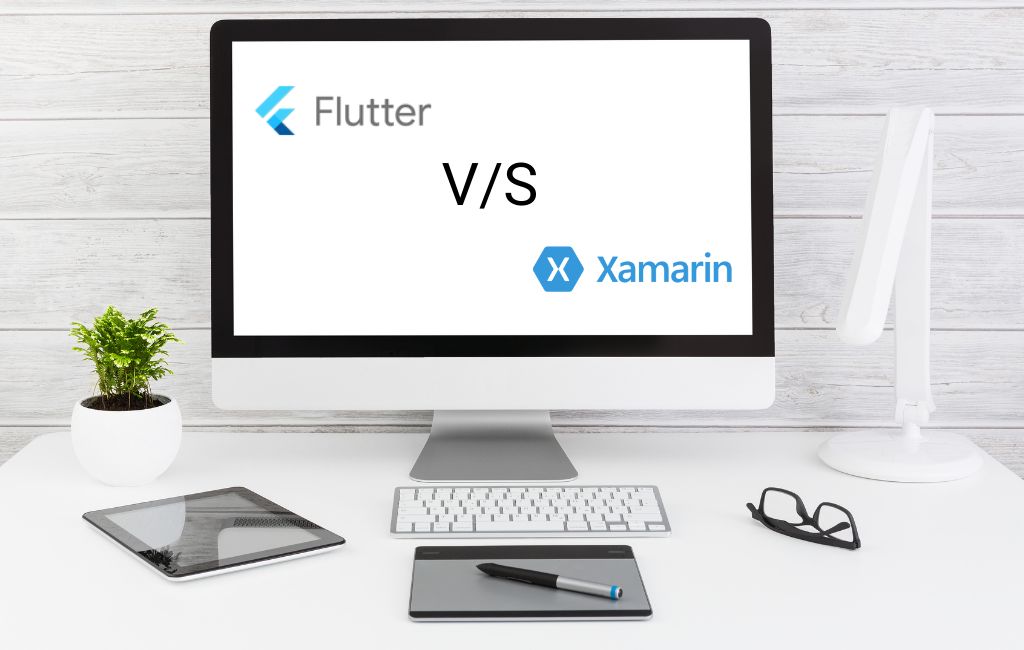 Flutter vs Xamarin, over the years, cross-platform app development has been pervasive and emerged as a sought-after choice for businesses looking to rapidly deploy applications across multiple platforms. As cross-platform apps leverage a single codebase, the development process is drastically hastened and codes are inexpensive to maintain as they require no additional efforts to deploy and test codes across multiple platforms like Flutter vs Xamarin.

What’s Good About Both

With its latest updates, Flutter allows for building apps that target mobile, desktop, web, and embedded devices from a single codebase. Flutter enables developers to reuse the native codebase across platforms with minimal changes. Flutter offers a variety of ready-to-use, plug-and-play widgets that enable faster customization for apps and eliminates the need for writing codes for each widget when developing cross-platform apps. Flutter is built upon the Dart SDK which promotes powerful architecture and design. Additionally, Dart offers simple management, integration, standardization, and consistency.

Xamarin offers the facility to closely mimic native apps without compromising their performance. The framework has an overarching development ecosystem to build mobile apps that includes C#, .Net, and Microsoft Visual Studio. Xamarin offers standard interface elements through its library of templates with the facility to reuse code and customization across different platforms. Xamarin Insights, a debugging feature on the platform, allows developers to track crashes and exceptions.

The Flipside to These SDKs

Flutter apps tend to be bulkier than those created on other cross-platform SDKs. This induces many limitations, requiring developers to reduce the number of libraries and packages used, compress images, and sometimes forgo animation to reduce the app. The framework doesn’t offer exhaustive native APIs demanding third-party packages and developers having to write native code that accesses the feature from within Dart code. In addition, Flutter is not supported by Continuous Integration.

Xamarin tools tend to be late in incorporating newly updated platform features. Since applications developed with Xamarin use libraries to translate C# calls into native calls, the apps are bigger in size than native apps. While Xamarin works exceptionally well for developing apps with a simple UI, building complicated applications with Xamarin can be cumbersome as developers are required to write intricate platform-specific codes. Xamarin’s framework has a centralized placeholder to describe the visual hierarchy of an application as well as a common navigation user experience.

Flutter vs Xamarin: How Does It Fare?

Here’s an in-depth comparison of both Xamarin vs Flutter’s key features.

Xamarin vs Flutter: SDKs How Trending Are These SDKs?

Stackoverflow’s 2020 developer survey found that Flutter is the third most “loved” framework with 68% of the surveyed developers developing with the technology and have expressed interest in continuing to develop with it. While Xamarin took the lower rungs in the survey.

According to Statista’s 2019-2021 survey, Flutter is currently the most popular cross-platform mobile app framework used by developers worldwide with 42% of the respondents preferring Flutter. Xamarin took the fifth spot with only 11% of the developers preferring the SDK.