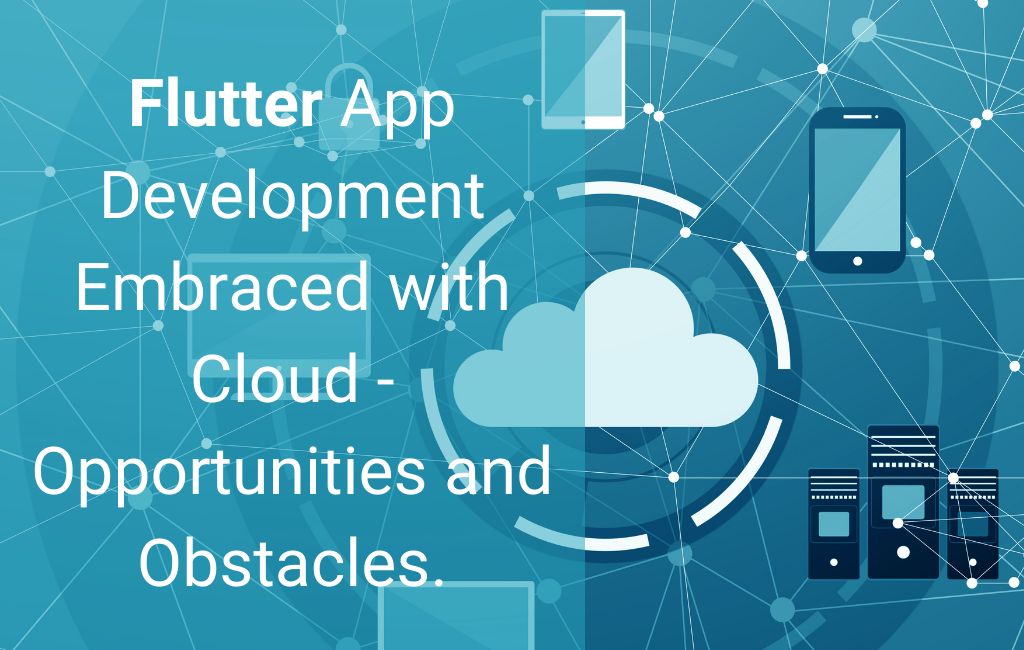 Google’s free, open-source mobile app development SDKs, Flutter, introduced their latest update with Flutter 2.5 a couple of weeks ago. Their latest UI framework was announced as stable as recently as September 8. Flutter is a popular choice for start-ups and other businesses looking to develop and launch their mobile apps.

With the number of smartphone users exceeding 3 billion across the globe, mobile applications need to be cross-compatible across different mobile operating systems. Developers can meet many technical requirements through cloud mobile application development, including customer demands for a cross-platform mobile application and moving heavy data primarily held on mobile servers to cloud servers. Finally, by utilizing cloud computing infrastructure to store data without investing in additional mobile development tools. Entrepreneurs, start-ups, and SMEs are looking to explore the potential of cross-platform app development, which saves time and money. It is due to this reason that platforms like Flutter are proliferating. Flutter is the most popular mobile framework in 2021, according to Statista.

Naturally, with more and more users looking to use Flutter services to build their mobile apps, Google introduced the Firebase function for Flutter App Development. Firebase is a platform developed by Google for creating mobile and web applications. Firebase provides functionalities like making a real-time database, cloud storage, authentication, and hosting. In a nutshell, this is nothing but taking a dockerized server application and running it in a virtual server in the cloud. Flutter developers looking to add the power of Firebase to their Flutter apps will be looking at saving time, experiencing efficient testing, and optimizing on storage while cutting down on costs and developer effort.

On Flutter, developers can use plugins to gain access to their wide range of platform-specific services, including Firebase APIs. These plugins include platform-specific codes to access services and APIs on each platform. For a Flutter developer, Firebase is accessed through a number of different libraries designated for each Firebase product including Realtime Database, Authentication, Analytics, or our hero in this article, Cloud Storage. Google Flutter provides a set of Firebase plugins which are collectively called FlutterFire.

Because Google Flutter is a cross compatible app development SDK, it is important that the plugins it uses also reflect cross compatibility. An advantage while using Flutterfire plugins is that they are applicable for both iOS and Android. Flutter developers can add any FlutterFire plugin to their Flutter app. These plugins will be used by both, iOS and Android versions of their Firebase app.

In their recent update, Firebase introduced a new feature to Firestore called data bundles which allows users to cache data snapshots and facilitates saving expenses and reducing app load-up speed. The FlutterFire Firestore package has recently updated its own API to include a handy method called loadBundle() that assists in loading these cached bundles.

Cloud computing technology allows developers to tweak continually, test, and update the mobile application based on user experience even after the application is live. The code must always remain the same, whether used for the first or the millionth user. This is possible through Cloud functions. Furthermore, by using the cloud to develop mobile apps, Flutter developers can quickly scale their apps to suit different audiences, languages, and geographic regions using Flutter tools that can directly incorporate into the development.

Naturally, no mobile app developer SDK is flawless. Although Flutter is very popular among start-ups and SMEs, Flutter on Cloud might have its share of concerns if you are looking to develop large apps. Let’s understand a few.

A major issue with Firebase is data migration. Developers have found it difficult to deal with data migration in Firebase because Firebase uses JSON instead of the popularly used SQL database. This rather problematic feature might also reflect in plugins that will connect Firebase to Flutter.

Like we mentioned, Firebase and Flutter are popular among the smaller businesses. This is because Firebase is not meant to process complex queries. It mainly relies on flat data hierarchy and Flutter developers might find it difficult to integrate complicated queries while using FireFlutter.

Cloud hosting allows data accessibility anytime, anywhere. While this is a great advantage, large businesses especially those dealing with finance and banking operations might not necessarily agree. That being said, data encryption and cloud security technologies have come a long way in ironing out concerns regarding data leaks and unauthorised access.

For a Flutter developer, the advantage of integrated cloud functions could be the additional bandwidth. But that again is dependent on the complexity of the mobile app being developed. Cloud hosting platforms often implement bandwidth limitations to prevent developers from over burdening the serverless system with large amounts of data. So if you’re looking to create a particularly large or complex mobile app, FlutterFire might not be ideal.

Flutter SDK is among the top frameworks available to build cross-platform mobile apps because it minimizes business risks and keeps the entire process affordable. That being said, it is important to foresee the type of app you might want to build and its scalability in the future. That will help you decide whether or not FlutterFire is a good solution for your business.

As an open-source novel OS, we at Josh Software are super excited to follow the journey of Flutter app development embraced with Cloud. Watch this space for more updates!
Start your app development journey with us today. Reach out to us if you need any information.